Background | Mission & Goals | Who We Are | Partners & Sponsors

Jenny is an award-winning photographer, writer, and speaker specializing in wildlife natural history and conservation, ecosystems, earth systems, environmental issues, scientific research, and related cultural and policy topics. Her photographs, often accompanied by her writing, have been displayed to acclaim in many exhibits and widely published throughout the world in books, magazines, science journals, and newspapers. Publications in which her work has appeared include National Geographic magazine and other National Geographic Society publications; BBC Wildlife magazine, as well as BBC Books and BBC News; National Wildlife magazine and other National Wildlife Federation publications; Natural History magazine; Nature's Best magazine; Ocean Geographic magazine; and the scientific journals Arctic, Science, Nature and Nature Geoscience. (Read a couple of Jenny's feature articles: about polar bears here; about why the disappearance of arctic sea ice matters here.) Jenny's photographs have also been exhibited at numerous private galleries and a variety of public venues, including the Anchorage Museum of History & Art, the California Academy of Sciences Natural History Museum, the California Exposition (Cal Expo), the Carnegie Museum of Natural History, the Lindsay Wildlife Museum, the Natural History Museum in London, the Pacific Grove Museum of Natural History, and the Smithsonian National Museum of Natural History.

In her work Jenny strives to capture the essence of wild animals and wild places, explain scientific research to non-scientists, raise awareness of environmental issues, inspire concern and action for wildlife conservation and ecosystem protection, and elicit greater appreciation of the natural world and heightened understanding of the essential connections between human beings and nature. She frequently collaborates with researchers in a wide variety of scientific disciplines ranging from biology, ecology, paleontology, and archaeology, to geology, geophysics, oceanography, paleoclimatology, and cryosphere science. Jenny has worked extensively in the Arctic and sub-Arctic, and she is particularly concerned about the transformation of the Far North that is occurring due to rising temperatures. She developed Life On Thin Ice® to help advance public understanding of climate change, arctic science, and related cultural and policy issues through editorial work, and by providing photographic and journalistic support for scientific research, public outreach, and education initiatives.

Jenny has been honored in the World Press Photo awards, the Pictures of the Year International awards, and the BBC Wildlife Photographer of the Year awards, as well as receiving numerous other major accolades including the Nature’s Best Award for Wildlife Photography, the Philip Hyde Award for Environmental Photography, the Vision Award of the North American Nature Photography Association, the Arctic Council's award for Arctic Biodiversity Photography, and an award for Outstanding Environmental Photojournalism from the Society of Environmental Journalists. (View a World Press Photo video interview of Jenny about her WPP prize-winning arctic photograph here.)

Jenny's educational background at Stanford University and Harvard Law School included biology, environmental studies, philosophy of science, art, law, and public policy. Previously a practicing attorney, she ultimately chose to leave the law and dedicate herself to photography and writing, emphasizing journalistic work as well as projects related to public outreach and education. She also does some scientific research. Jenny is a Senior Fellow of the International League of Conservation Photographers, and a professional member of the Society of Environmental Journalists. 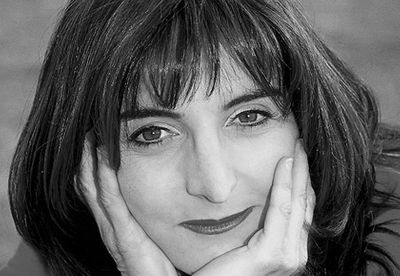 The work of Swiss photographer Alessandra Meniconzi centers on the ancient heritage, customs, spirituality, and daily lives of indigenous people who are strongly connected to nature and whose traditional cultures are at risk of vanishing. She is motivated by a passion for the interplay between wild places and ancient cultures, as well as a fascination with and profound respect for native people who subsist in isolated regions of the world. Alessandra strives to portray the lives of indigenous people with authenticity, insight and sensitivity. For more than a decade she has worked extensively in remote areas of Asia, documenting indigenous minority people and their ancient ways of life. More recently, she has expanded her efforts to encompass Arctic and sub-Arctic regions. Her beautiful and compelling images have been published widely in magazines and newspapers around the world, as well as in three books for which she was the sole photographer: The Silk Road (2004), Mystic Iceland (2007), and Hidden China (2008). For Life On Thin Ice®, Alessandra’s work focuses primarily on indigenous arctic people, their daily lives and ancient traditions, their relationships with nature, and their struggle to preserve their ways of life and maintain their cultural identities in the face of climate change and the pressures of the modern world.